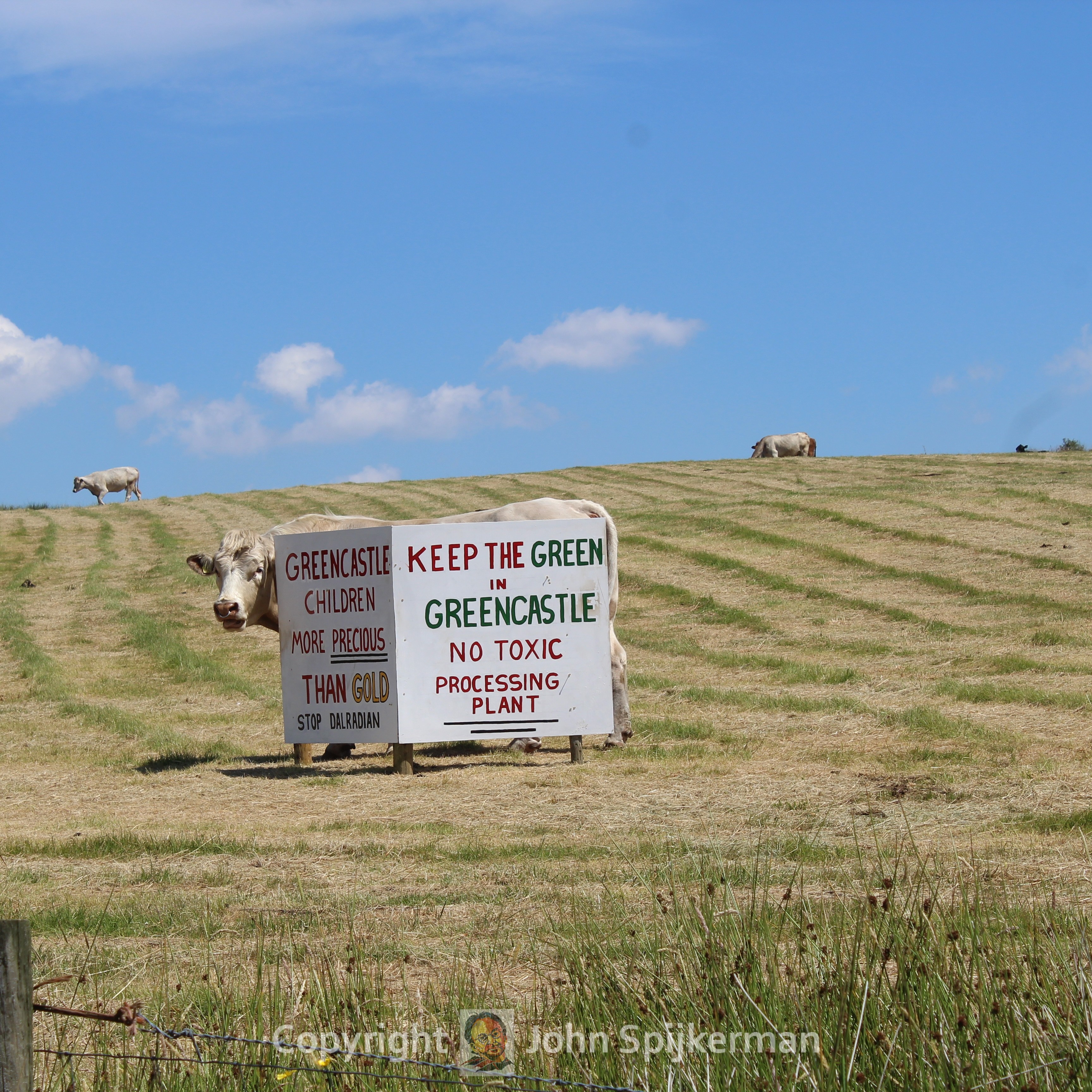 GREENCASTLE – Inhabitants of rural Greencastle in Northern Ireland aren’t looking forward to the coming of a goldmine and processing plant. They abhor the fact that cyanide will be used to process the gold. ,,We will become the dirty corner of Europe.’’

The goldmine and processing factory heaten up tensions in Greencastle. Many inhabitants of the village in the middle of the Sperrin Mountains, are worried about the future of their community. Since 2009 the Canadian mining firm Dalradian is engaged in planning a goldmine in the Sperrins. The company signed contracts with local landowners and explored where the gold is situated. In november 2017 Dalradian filed in a planning application and emphasized that the goldmine would have a positive effect on the employmentin the region. Saying that the goldmining industry would lead to at least 350 fulltime jobs. According to Dalradian there would be no negative consequences for the environment. 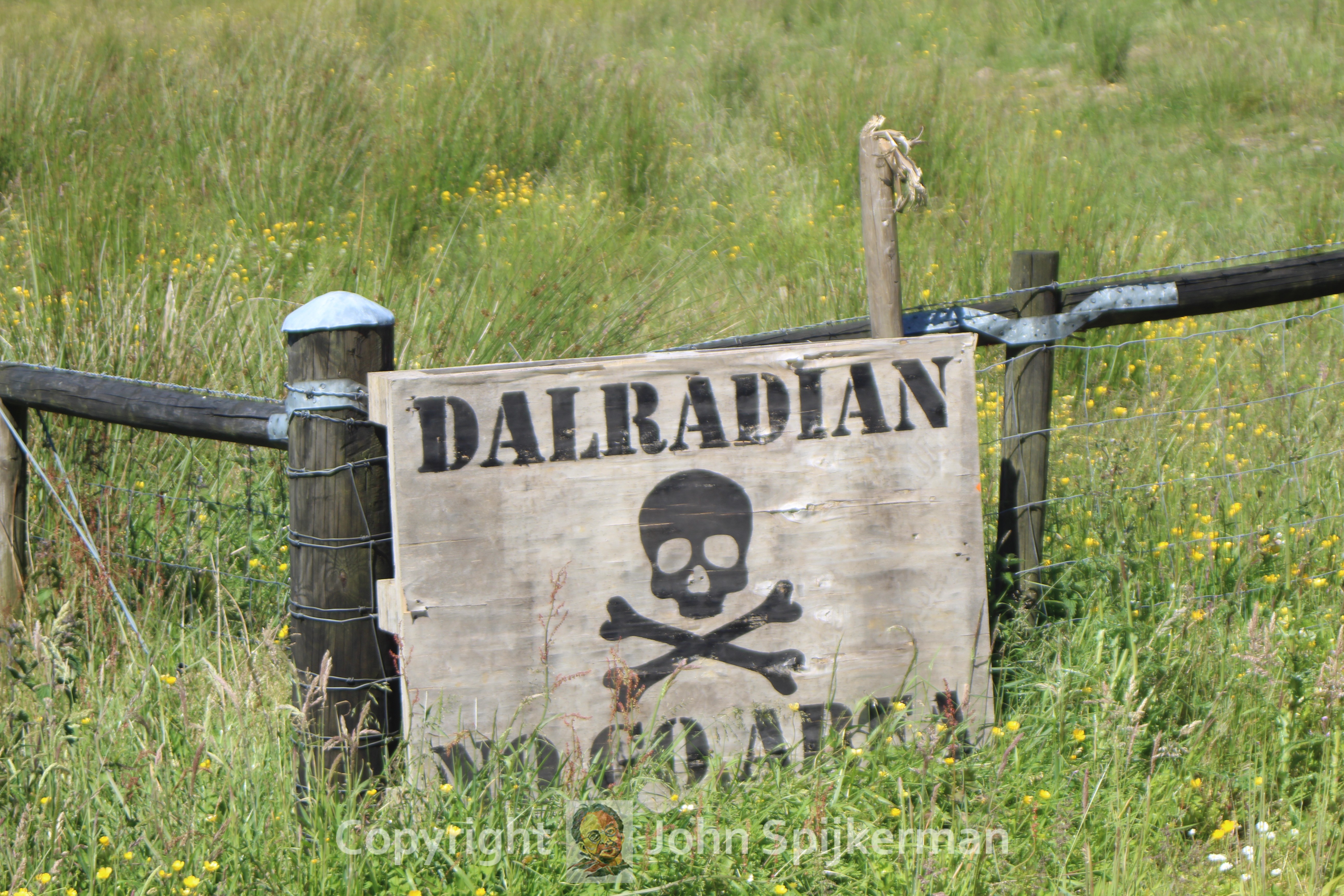 Many inhabitants in the rural village of Greencastle have a different opinion on the matter. That cyanide is being used to process the gold is a grave concern to them. More than five months ago the activists of the Greencaste Peoples’ Office (GPO) put a caravan on the spot where the goldmine and factory are bound to come. They use the caravan as their headquarters.

The activists only mention their first names: Martin, Jinny, Sean, Barney and Cadhal. There have been some attempts at intimidation and everybody is on his guard. The hard core of the GPO exists of around thirty people. ,,But if necessary, we can easily get a hundred people’’, says Martin, who has a farm, approximately one mile away from the caravan. Some seventy to seventy-five percent of the inhabitants in Greencastle would support the fight against Dalradian, say the activists. ,,Around fifteen percent don’t know if it’s good or bad and around ten percent support Dalradian’’, says Martin. ,,These people have put themselves outside the community. To us they’re lepers’’

The Sperrins near Greencastle have a historical and religious meaning for the local population, claim the activists. ,,This was the way to Ulster’’, knows Martin. And on the spot where the mine is projected secret masses were being held in the seventeenth century for the catholic population. 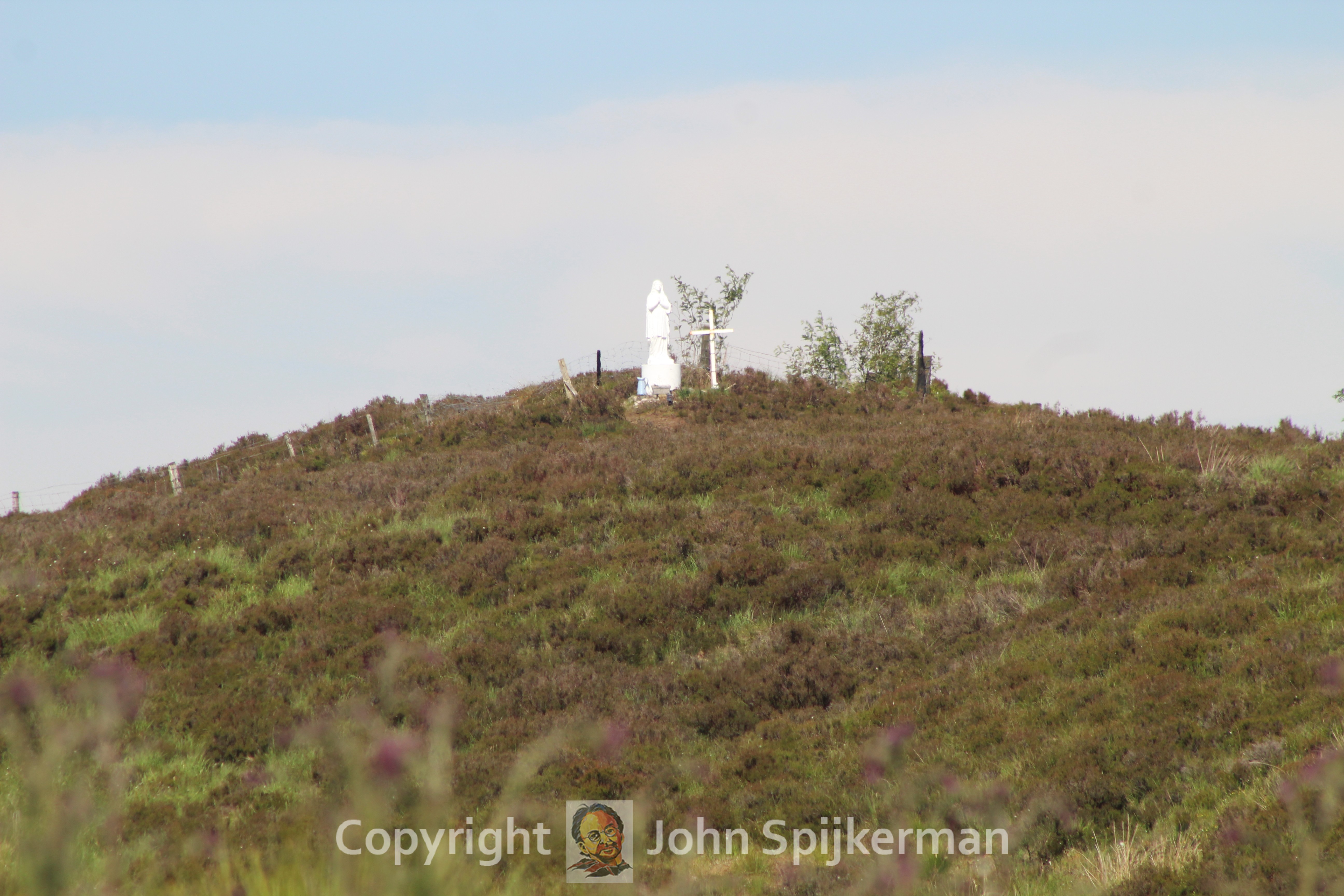 It’s primarily their childrens’ future that motivates the activists. The projected mine and processing plant are situated one mile from the local primary school and the sporting accommodation. ,,The processing plant is the only one of its kind in Western Europe that uses cyanide. We will become the dirty corner of Europe.’’

Martin points out that the planning application says that Daradian will use two tons of cyanide a day. ,,It is processed and stored, but after some time it might end up in the water. Maybe it won’t effect us for ten to fifteen years. But what will happen after that?’’ He is also concerned about contaminated waste material. ,,The Sperrins are one of the highest mountain areas in the north of Ireland. If you pulverize the rocks all kinds of material will be set free such as lead, arsenic, cadmium and uranium. These can be spread through the wind and the water.’’

,,Google goldmine and you won’t find anything positive’’, says Sean. ,,Especially when it’s about the environment. This is only one of the mines they want to open. Dalradian has designated seven of these areas.’’ Jinny agrees. ,,If that mine comes, everything changes’’, she says. ,,Housing prices will drop and the land will be worthless. We could end up losing everything. It’s not our mentality to go along with this. We have already been fighting here for a long time .’’

Cadhal says he’s prepared to die a martyr in order to stop this. ,,I’ll die a happy man to stop that. That in forty years time my grandchildren will say ‘We’re glad that our grandfather gave his life to stop this’.’’

Th activists from Greencastle furthermore fear that the coming of a mine and processing plant may signal the end of their closely-knit community and way of life. ,,People have lived here for many generations. Everybody knows each other. We’re not interested in money’’, says Martin. ,,This is our ancestors’ house, who have cultivated the land in good and bad times. Compare it to the situation that somebody breaks into your house and wants to harm your wife and children. Dalradian breaks into this community and tries to harm us. If they come, we will fight. Till the end.’’

Dalradian acknowledges there’s ’some resistance’ amongst the population against the goldmining plans. Yet the Canadian mining company hopes permission for the goldmine and processing plant is granted somewhere around november 2019.