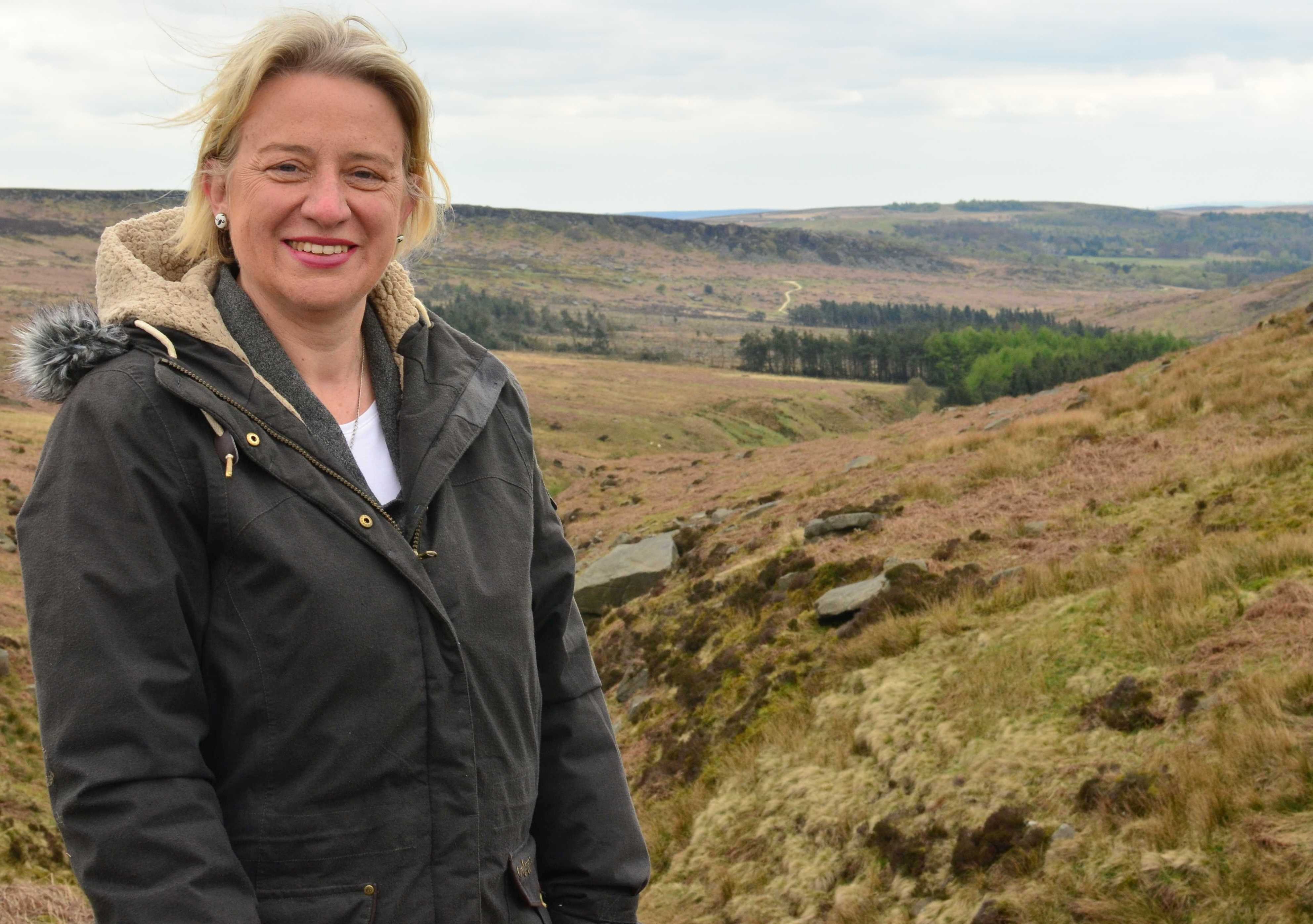 I understand you call yourself Baroness of Manor Castle. How does it feel to be a baroness and why Manor Castle?

,,Well, I call myself “Natalie”, just like always, and that’s what I ask people to call me. But for formal purposes that is my title. Baroness
is the title of female life peers. Manor Castle is the area of Sheffield that is my home. It sounds grand, but Sheffielders know that is far from the case, S2 being one of the poorer postcodes in the city. It seems likely the last time someone with a title lived here was when Mary Queen of Scots was being held captive in the area.”

The Green Party holds ‘only’ two seats in the House of Lords. Why is that significant or important? Does it make a difference?

,,If you take the recent European election, where the Green Party got 10% of the vote, then you could say we should have 10% of the seats.
But of course the Lords – and the electoral system in the House of Commons – doesn’t work anything like that. In joining Jenny Jones as the second Green member of the House of Lords, with Caroline Lucas as our lone MP, I increased by 50% the possibility of asking the government questions that it has to answer, the chance to introduce bills and force debates – there are things you can do as a member of the House that you can’t do from outside.”

Does your appearance as a Green in the House of Lords make other people feel ‘uncomfortable’ – as you once predicted – and in what way?
,,Certainly other people in the House. As I said in my maiden speech, there’s clearly an awareness that Green politics is different, that we stand for radical change, that we support non-violent direct action and are unlikely to always follow convention. I commented on this in my maiden speech: https://nataliebennett.org/latest/maiden-speech-in-the-house-of-lords

Isn’t is strange being a member of an institution you want to abolish? Why do you want to do away with the House of Lords?

,,Yes it is strange, but I’m entirely comfortable with being there to represent the many people who, since the general election in 2015 when I was party leader when we got 1.1 million votes, have expressed their desire for Green representatives but were denied it by the fact that the UK is not a democracy. (Something I’ve often spoken about, eg https://www.shefnews.co.uk/2018/05/10/ex-green-party-leader-natalie-bennett-britain-is-not-a-democracy/)

How is it to have gotten your peerage from Theresa May?
,,I don’t really credit Theresa May, but rather the Lord Speakers’ Commission, which put pressure on any prime minister making appointments to appoint more Greens. As many commentators have noted, Theresa May appointed an unusually high number of her former staff to the House – and I suspect that increased the pressure on her to follow the Commission’s Brexit.”

What is your view on Brexit?

,,We have to stop Brexit. The best possible ‘deal’ we can have with the EU is to remain a member of it, keeping the huge value of freedom of movement, the environmental and human rights protections that have been hard-won over decades, working with peoples across Europe to rein in hugely powerful global companies, to make them pay their taxes and treat their workers properly.

If we don’t then the next decade (at least) is going to be consumed by working out a new relationship, trade and otherwise, with EU states and the rest of the world. That won’t leave space to deal with the pressing economic, social, environmental, educational and political problems in the UK. I was asked in York last night “is the UK a failed state?” My answer was “not yet”. But if we do Brexit we are at very severe risk.”

Would Brexit have occurred if the UK had a system of proportional representation?
,,No. The first-past-the-post electoral system was one of the key direct causes. Many leave voters wanted to “take back control” – and they
were right to feel like they aren’t i control of their own lives or communities. They face economic collapse in many of the strongest Leave areas, with lack of government investment and interest, with low wages and zero-hours contracts dominating their economies. And voting in safe seats, which has been most of the seats in Britain, makes no difference. Of course people know that. As the organisation Make Votes Matter says, we have to make every vote count, make the number of seats match the number of votes. In the 2017 election 68% of votes didn’t count (Electoral Reform Society figures). In 2015 Cameron got 100% of the power with the support of 24% of eligible voters.”

Thus this mean that the present voting system, First Past The Post, is at the root of the political problems the country has?

,,Yes. And also the concentration of power in Westminster. The UK is the most centralised state in Europe. Local councils have almost no power or independent resources left – they increasingly only have enough funds to deliver their statutory responsibilities (decided by Westminster). When Lancashire said “no” to fracking and Westminster just overruled, when councils are told they have to make provision for tens of thousands of new homes they don’t think are needed, when they don’t have control of schools, or buses, or planning, people get rightly angry.”

What’s the importance of the House of Lords when it comes to voting on a Brexit bill. Can the Lords prevent Brexit? Or is it more procedural?
,,If there is a Boris Johnson majority in the Commons, the Lords cannot prevent Brexit. If there’s a hung parliament, we might be able to help to ensure the people have the final say with what’s known as the “People’s Vote”.”

What’s the present-day role of the Green Party in UK politics? Is the Green voice being heard enough by other parties/the government?
,,Currently, Greens show the way with policies and approaches and other parties follow. If you look at our 2015 election manifesto, about 90% of it is now the Labour Party manifesto. Even some of our proposals for reining in private landlords were adopted by the Conservative Government, at least in part. We were campaigning about air pollution a decade ago. Now even the Tories talk about it.”

How do you feel about tactical voting? Are you in favour of it, or against? Should the Greens form an alliance with, say The Liberals or Labour in order to ensure that a Remain candidate is chosen?
,,We are standing in 500 seats in this election (of the total of 650). We say “Vote Green” in all of those – every Green vote will make a difference. It will mean more ‘Short money’ to fund the work of Green MPs in parliament. It will increase the media coverage that we’ll get. It will send the message that this is the climate election – that the next parliament has to set us on the right path to prevent climate chaos. In a small number of seats we have joined Unite to Remain. That is a significant step towards getting more Green MPs in parliament, it greatly increases the chance that we can block Boris Johnson’s disastrous Brexit. It’s the grownup way to work to beat the disastrous, undemocratic electoral system and ensure voters can be properly represented. It isn’t easy or comfortable, but it is the right thing to do.”

What is the solution to get out of the present political chaos?
,,It is possible in say two and a half years’ time that we could, stil a member state of the European Union, be voting in Britain’s first proportional representation election, for both the Commons and the new House of Lords, the structure having been decided by a people’s constitutional convention. Then we’d be saying – well the past few years have been a difficult period, but we had to go through this, to
get the change that the UK hasn’t seen in a century. (The last significant change in Westminster was women getting the vote, and that was a century ago.)”